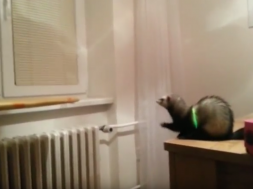 The Internet has seen many cats adorably slip up and fail at a jump, but there are many others pets that can be cute while failing too! Marek Riha was taping their cute ferret play on the desk when the furry little guy attempted a jump to the window sill. At first it realized it might be a bit too far, but the little bugger decided to go for after mustering up some courage. Whoops!

0
0   0
next Cat Runs in Fear Crashing Into Wall.
Related Posts 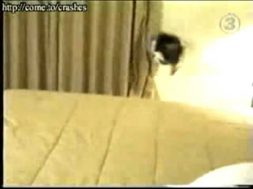